Due to the global circumstances as a result of COVID-19, working remotely has been a challenge we’ve taken on and worked our way through. We’ve proudly managed to create the same quality of work using new and creative methods while working online with our teams, directors, and DoPs. Our method have surpassed expectations and here are a few testimonials from our directors and DoPs that can only ensure that.

“A colourist’s role is to adjust the colours, shades and contrasts of the image. The process requires not just a deep technical know-how, but also a taste and sensibility for creative expression using colour and light, a process that is paramount to expressing the creative vision of a director. In my experience colourists that are able to master both the technical and creative aspects are incredibly rare.

Karim always is committed to go as far as I am willing to go. He understands my sensibility and his experience shows in the sessions, juggling the many aspects that come up in grading sessions, client demands, agency requests, a fussy director along with technical limitations and unreasonable deadlines.”

“As a Senior Colorist, Karim Mira was tasked with converting one of the footages to black and white. The footage in question was originally shot in color but at the last minute the Producer decided to convert it to black and white. Karim Mira undertook a very complex project and delivered an amazing final black and white footage. Color grading is very rarely solely about color, it’s also about luminosity, lighting, shades and contrast. Achieving a perfect black and white look is labor intensive and a tedious process dreaded by many colorists.

Karim Mira did a superb job and in record time. The image looked even better than what I had envisioned. Karim Mira improved the footage and made textures stand out.” 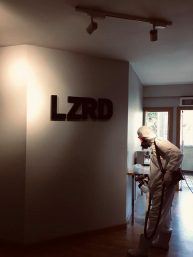 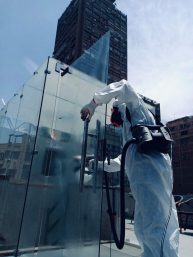 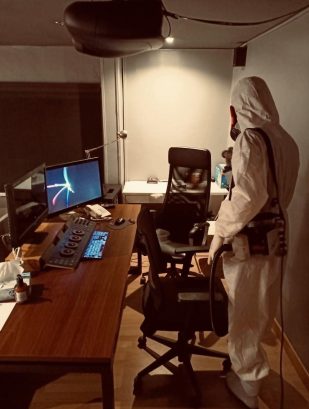 We’ve worked hard at home to stay safe during the outbreak of COVID-19. Working remotely has been a new challenge we took on as a team but as the months pass, some of our most valued lzrds have had to drop by the office. So, we decided that it was time to SANITIZE!

Sensing that the lzrd team may have to return to office at any moment, we collaborated with Everyone. a production and set design company.

Thanks to their current location disinfection service, we’ve managed to professionally sanitize each and every surface of our Cairo office.

We even took the equipment and hazmat suits outside!

We’re taking all the measures to keep our team and office safe and so should you!

We’re no experts on Feng Shui but we’d say our Greece office has got some!

Expanding our service to Europe was not an easy decision to make but in 2017 our Founder Karim Mira took the step and opened up lzrd’s international color-grading facility. 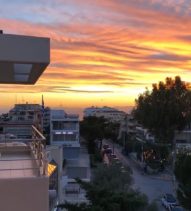 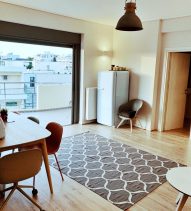 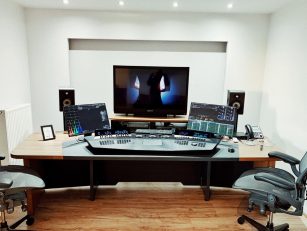 The homey office compensates for those long hours by keeping the harmony between work and play.

They say a comfortable workspace provides the best environment for a productive work day and a happy, healthy team!

Our welcoming meeting/working area is one spot we love to spend our day whether we’re working hard with others or taking a short relaxing break!

Our main room, filled with equipment and gadgets, is where our colorists spend hours grading projects but thanks to the soothing color coordination and simple but balanced furniture set up, our team is able to feel like they’re working straight from their living room.

Oh and need a breather? Our balcony overlooks the stunning greenery in Voula. Talk about a view!

With the energy at this office you’d think you were working from home!

‘Post is no longer simply the final phase of a project’.

“You can make a film without any narration, without any voiceover, just sound design,” says Karim Mira, the founder of post-production house Lizard. “But the image will always speak for itself.”
The Egyptian colourist is at work in Athens discussing the peculiarities of film. How to enhance it, accentuate it, improve it. How certain colours have an impact on the viewer’s mind.
“Every day when I’m at home or I’m going to work or I’m on the metro, I’m al-ways thinking ‘what could be the new style, the new technique, the new meth-odology’,” he says. “Because I’m responsible for the image quality, not just the colours.
“But I’ll tell you something.

Something very important is happening and I see it every day. The director or the creatives from the agency will come to you with a reference image and say ‘we want our image to look like this’. That’s where the challenge starts. I say, ‘Ok guys, did you give this reference to the DOP while they were shooting? Does this look the same as the base image that we have?’ ‘No, but we want this’. It’s an everyday challenge, but I try to do my best to achieve what they want.”

Such attitudes have enabled the continued belief (in some quarters) that every-thing relating to film can be corrected in post, despite the fact that the world has moved on. Post-production is no longer simply the final phase of a project, but a crucial and final piece of the puzzle that gives all meaning to the end product.”
-Find the full article on B&W Report-

CICLOPE is the first regional award show that celebrates the best film craft in commercials, short films and music videos in the Middle East and North African regions!